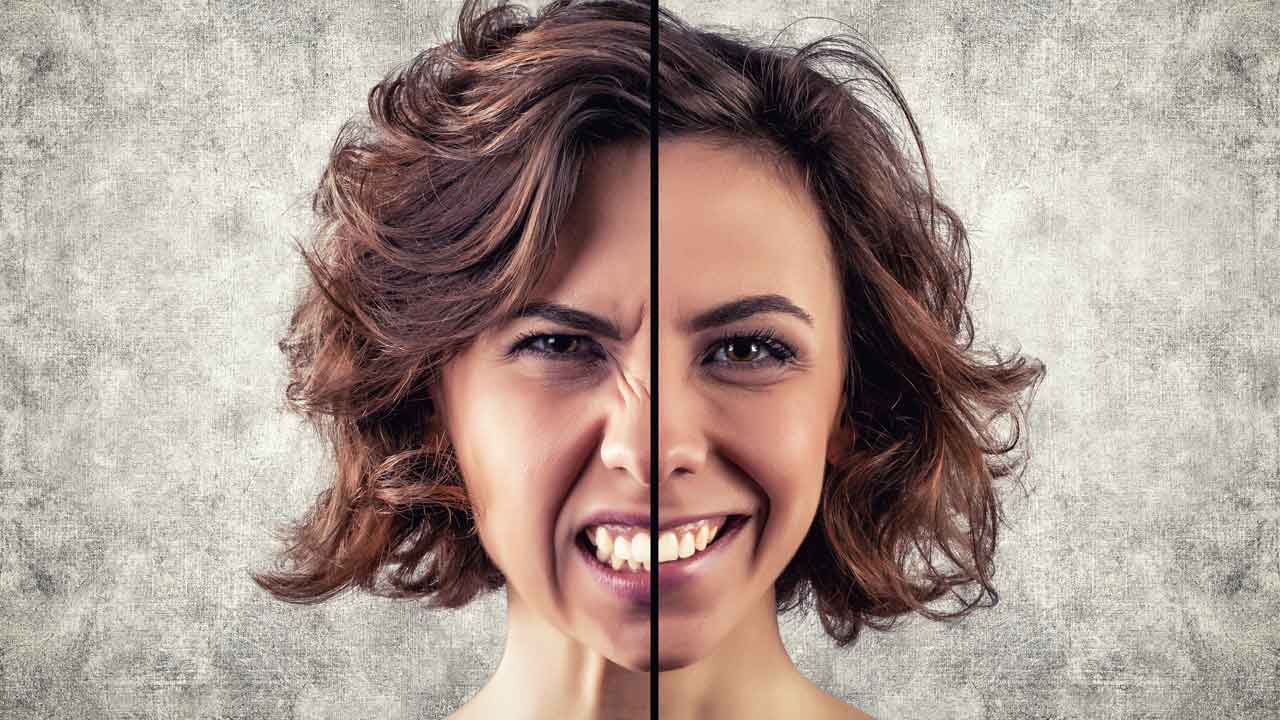 The role of emotions in advertising should not be overlooked. Advertisings with more emotional responses lead to up to 30% more sales. In order to achieve maximum efficiency in your ad campaigns, you need to start taking the feelings of your target groups more seriously.

We experience many different occasions on daily basis and as a result, we experience different types of emotions. Fear, dislike, anger, surprise, happiness, and sadness, according to psychologist Paul Eckman, are six primary emotions that are common throughout history. Yet, we can say that emotions are similar to colors. For colors, there are a few well-defined notions, but emotions, for the most part, exist on a scale. One small shift in the spectrum can result in a different kind of happiness, a different kind of sadness, a different kind of anger, and so on. We tend to hold on to or get affected more by some emotions than others. As a result, in several areas, emotions are being used to catch individuals’ attention and make things such as buying a product or going on holiday to a certain place. In this sense, advertisements enter the topic.

In terms of sales and marketing, the most effective strategies exceed rational advertising. It was discovered that creativity is essential for eliciting emotions and that campaigns that received creative awards were more effective than others. Recent research about neuroscience backs up the use of emotions in marketing. There are two major advantages to eliciting emotion. To begin with, emotions aid in the creation of engagement and memorability. There is a wide range of emotions that can have a significant impact on how people respond to advertising and favorably impact people’s interaction with it. Also, emotions may be transferred to a brand, and emotions that affect the individual on a deep level can help to improve brand perceptions and empathy.

The Use of Emotions in Advertising: Emotional Marketing

The area of marketing is now relying on emotions in a variety of ways to achieve its goals as brand awareness, increased sales, and customer retention, due to its effectiveness as a persuasion method. After all, persuasion is at the heart of marketing. In advertising, the use of emotional elements can be useful in establishing and maintaining positive reactions to the product. One of two possibilities exists for the creation of this brand image. First, when emotional material is used, there is a high chance of existing emotional reactions being linked to brand-related cues. Second, consumers’ perception of the advertisement is a significant factor in promotional strategy. Presumably, the emotion-evoking cues in the advertisement resulted in a positive attitude toward the advertisement, which aids in the creation of a favorable brand image.

As a result of emotions’ effectiveness range, their use in advertisements is inevitable. In this sense, emotional marketing is the intentional use of persuasive messages that tap into human emotion to build a deep connection with the audience and achieve the intended outcome. In most cases, provocation of consumers’ responses occurs due to tapping into a single emotion like happiness, sadness, anger, or fear. Aside from the intention to create positive emotions, negative emotions are also being used in advertisements due to their persistence and them being haunting us. Individuals become uneasy when their emotions go unresolved, necessitating the need to liberate oneself from them and act on them. Yet, this again results in positive reactions in individuals.

The most common application of emotion is to create an affect-based attitude or picture of a brand or product category. We can encounter several examples of consumers being made to feel “happy,” “enthusiastic,” or “secure” about a brand or product. Emotions act as the benefit coming from the use of the brand or product class. Also, emotions can be exploited to improve the effectiveness of an advertising message’s delivery. Emotional marketing leaves a lasting effect. The element that creates a fantastic first impression or the first thing that comes to mind when we met someone can be implemented in advertisements. This issue of impressment is the same in advertisements, emotions can form a fantastic first impression and make that brand or product memorable to the consumers.

As an example, usually, anger is being used by product owners to make their advertisements unforgettable. Anger makes people be aware of the fact that there is something that needs to be done or altered in order to resolve the current issue as accomplishing justice or creating awareness in society. For example, most brands of feminine care try to highlight acts against and issues related to women. In 2006, Dove’s “Evolution” advertisement showed the impossible to achieve beauty standards by exposing behind-the-scenes videos of a fashion model. This model was suited to beauty standards. This campaign created common anger in women due to being exposed to impossible beauty standards. Besides negative emotions, as mentioned, positive emotions are being used in advertisements too. None of us want to be lonely. It’s in our nature to desire closeness, strong relationships, and the safety of belonging to a group. According to motivational psychology, one of our most basic wants that motivates our behaviors is a sense of belonging. This is why many brands are building communities, where their committed customers may share mutual interests. For instance, Coca-Cola claims to have the ability to unite people. In their advertisements, families unite for special days like Christmas and they sit together around a table with emotions that are warm and happy.

Consumer decisions are heavily influenced by our emotional connections. “Functional magnetic resonance imaging (fMRI) demonstrates that when evaluating brands, customers employ emotions as their personal feelings and experiences, rather than knowledge as brand traits, features, and facts. Thus, eliciting the appropriate emotions and leaving an emotional impression to draw attention to the product or service and increase sales become easier with the use of emotions.

There is also a technological side and research about emotions in advertising. Emotion recognition research is becoming increasingly popular among affective computing researchers, due to having numerous applications in domains such as neuromarketing, gaming, health, psychology, and education. Emotions play a significant effect on human behavior and interactions. In recent years, there has been an increased focus in research on improving emotion detection systems that can detect, process, and respond to the user’s emotional states. Different studies use different modalities as indices of emotional states since emotions comprise multiple nonverbal signs. In one of these studies, a researcher showed participants short neutral video clips and then showed random video clips. Emotion processing systems show that by using EEG, gaze distance, and pupillary response; participants’ arousal and emotion valence were able to be measured.

Using emotions in order to convince people is not a new trend in the area of marketing. Firstly, we have to be aware of and accept that we cannot always use your marketing to elicit happiness. As mentioned, there are four basic emotions so deciding which emotion is going to be used needs to be chosen carefully. Connecting with the consumers’ emotions goes through figuring out what their key motivators are. Thus, it is important to spend time and effort identifying the most important motivators that are common in the target audience.

Diving deep and describing precisely what feeling is being aimed to create are what make the advertisement catchy. Creating an emotional connection with consumers is the way to get to know consumers on a more intimate level.  This will have an impact on the finer points of the marketed product and will help it be as effective as possible. Also, the brand or the product will become more well-known. Emotion and memory appear to be linked in some way. As people have a stronger ability to remember emotionally charged events for longer periods of time. The brand and content will stick in consumers’ minds if the advertisement makes an emotional effect on them. Another way to make the advertisement catch is to use psychology in a different way. Evoking an emotive response towards a product is a result of an emotion-eliciting signal that could be consistently combined with the brand name. In psychology, this is referred to as classical conditioning. For example, if a product as X brand phone is constantly shown in positive settings, the consumer will begin to link that brand with pleasant, happy sentiments when they see these phones.

After targeting the audience or conditioning consumers, now it is time for making these connections deeper. Creating a story that consumers can relate to will result in the product of the brand being more likely to be shared. People enjoy sharing stories or objects that make them feel something, whether good or terrible. As mentioned, both positive and negative emotion-evoking advertisements turn out to be successful, so this is one of the reasons why. Therefore, this results in consumers’ purchase decisions. According to a study, 31% of advertisements with emotional influence were successful, compared to only 16% of ads with reasonable content. Noticeably, an emotional response to an advertisement can influence buying intent. It aids in the development of consumer loyalty and the production of brand supporters. Customers will reward the brand or product with their loyalty. Learn more about how to measure advertising effectiveness here.

Genete, A. (2021, September 22). Emotional Marketing: What It Is and How It Works. Spiralytics Inc. https://www.spiralytics.com/blog/emotional-marketing-what-it-is-and-how-it-works/